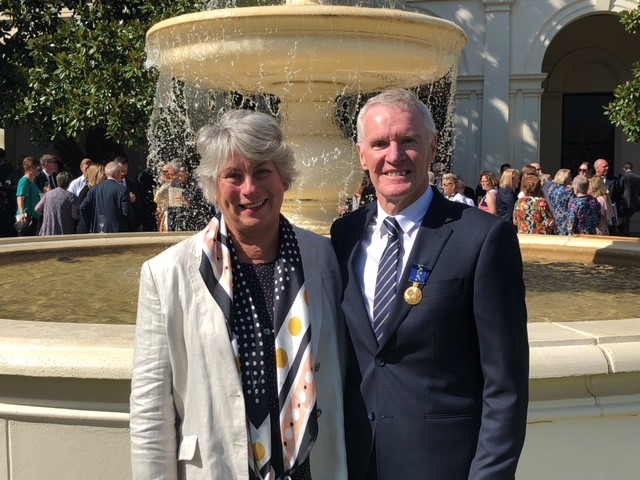 Dr Peter Mansfield OAM is a historian, author and librarian who lives and works in Geelong.

In January 2018 he was awarded an Order of Australia Medal (OAM).

Community Service: Peter has provided more than 35 years’ service to historical societies including fifteen years in Geelong. He was a past president of the Ballarat Historical Society and founded the Central Highlands Historical Association more than twenty years ago.

Peter has also given decades of voluntary service to Boards and committees including Sovereign Hill  Historical Park Association, the Public Record Office Victoria, Mechanics Institutes of Victoria and the Geelong and District Historical Association. He has served as a member of the Geelong Cemeteries Trust for the past five years.

Librarian: For many years Peter was the CEO of public libraries in Adelaide, Ballarat and Geelong and Corangamite but now describes himself as living in semi-retirement.

He has degrees in economics, librarianship and history including a PhD from Deakin University.

Author: Peter is a prolific author and researcher – his areas of interest include municipal, state and federal politics in Geelong; libraries and mechanics’ institutes; Cemeteries in the Barwon region; and ‘respectable behavior’ in the nineteenth century.

We are very fortunate that Peter is providing his publications free of charge to people who share his interests.

We will release them in separate blogs but what a great time to receive additional free reading – COVID-19.

His first publication for release is:

The Development of Libraries in the Colony of Victoria