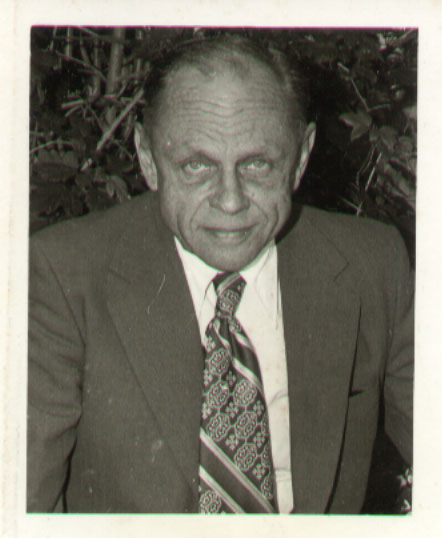 What a great album!  Robert “Bob” Bruce IRVING [RBI] loved Ocean Grove with a passion.  His grandfather, Thomas GRANT, was a member of the Ocean Grove Progress Association in the early 1900s when he built the “Lookout” for the people of Ocean Grove.  The lookout has since been known by locals as “Grant’s Lookout”.

Thomas GRANT built a house, Spray Cottage, on the corner of Dare and Bramwell Streets for two of his unmarried daughters.  Another daughter Janet married George Washington IRVING and in 1940 George’s son Robert [RBI] married Lorna BRAMLEY – they spent their honeymoon in Spray Cottage.  In 1952 RBI built his beach house just down the road from Spray Cottage in Dare Street.

RBI was a journalist and photographer and as editor of the Geelong Advertiser he took the opportunity in his editorial once a year to give a retrospective of Ocean Grove.  The Foreword of the album explains the contents:

Compilation of the following photographic project on Ocean Grove was inspired by the picture on Page 2.  This was taken in 1917 by my mother, Janet IRVING (nee GRANT).  Recently I found the negative, printed it and was so amazed at the changes which 60 years have wrought that I decided to record something of Ocean Grove in 1977 so that persons living there in 2037 might be able to see something similar to the changes that I have witnessed.

I was born in Canterbury, Melbourne, in 1917, and made my first acquaintance with Ocean Grove at the age of approximately a fortnight, when my mother left hospital and spent a holiday in the cottage her father, Thomas Alexander GRANT, had built on the north-west corner of Dare and Bramwell Streets.  It would have been very isolated at that time.

Subsequently, our family spent many happy holidays there until the cottage was sold during the second world war.  Twice (in 1925 and 1927), my mother, my sister, Gwenyth, and I lived there for six months on end while our father was otherwise occupied with his calling, and Gwen and I attended the tiny school shown on Page 14.

No sooner was I discharged from the AIF after the second world war than I resolved to have another link with Ocean Grove.  By 1951, I had found and acquired a suitable double block of land at 128 Dare Street, and, by the end of 1953, my wife, Lorna, and I had erected, with our own hands principally, a three-bedroom timber dwelling thereon.  Our children and their children enjoyed many holidays there.

Ocean Grove was one of Bob’s passions – another was Rudyard Kipling.  How appropriate that he included a Kipling quote inside the front cover of the album:

God gives all men all earth to love,
But, since man’s heart is small,
Ordains, for each, one spot shall prove
Beloved over all.
Rudyard Kipling

Enjoy the 48 pages of this special album: