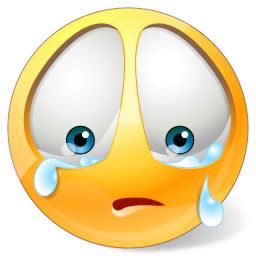 This is how I feel at the moment with 25 years of work wiped off the Internet through no fault of my own.

It could be worse – I have the complete database – more than 1.7 million records – on my desktop and backed up off site.  And I have a reasonably recent backup of the Joomla web site – I say reasonably because that’s when the problem started – back in March 2016.  The company that had been hosting my web site was bought out in 2015 by another company.  The current one I call Company F for the time being.  Since I started my database back in 1992 there has been a progression of companies – the first went bust, the second (B) bought out by (C) and so on until the current – Company F.

I’m not expecting this for nothing but I will need to set up some crowd funding to pay for it.  And I can’t do that until I can get a realistic quote to do it!

I’m waiting for Company F to return the USB to me – with a complete copy of my web site and database etc.

Why am I not still using Company F?  NO CHOICE!

This is how I feel now and I really do need your help – find me the right person who can help!

And never trust companies, who buy out others, to tell the truth and honour any existing agreements!